The event brought together the top management, many guests and the main representatives of the institutions of the Canton Ticino, testifying to the technological and innovative value of the production site, but also to the importance of the entire CorPharma, the sustainable industrial district promoted by IBSA, in the Pian Scairolo section, within which cosmos is.

“The inauguration of this plant is an important event for IBSA, because it reflects our commitment to act responsibly towards the community and the territory, contributing to well-being and social progress. Indeed, we have invested not only in an innovative and technologically advanced infrastructure, well integrated into the surrounding background, but also in services and projects available to the Ticino community”, stated Arturo Licenziati, President and CEO of IBSA.

In addition to the technological scope of the new site, the meeting – moderated by TeleTicino journalist Laura Zucchetti – focused on cosmos’ actual distinctive element, namely an innovative design centred on sustainability and beauty. Cosmos was born with the aim of centralising, renovating and revitalising, with a view to promoting the recovery of existing infrastructures, transforming their spaces, emphasising the aesthetics and functionality of the elements, in order to have a positive impact on the urban fabric and on the people’s quality of life. Indeed, during the renovation of the plant, great attention was paid to the sustainability of the materials and the “green” element was emphasised as predominant also outside the building, with a view to favouring the conservation of the biodiversity of natural spaces.

“The entire philosophy of IBSA is to be found in the design of cosmos”, explained Vice President Antonio Melli. “We will therefore continue to invest, not only for business development reasons, but also to create benefits to be shared with the community. This is the meaning of the claim “Close to you” we launched a year ago: a message of commitment to acting for the People and for our territory, to restore value to the future generations”.

A few particularly relevant topics formed the background to all the contributions:

In conclusion, the image of the symbolic ribbon-cutting, with President Arturo Licenziati, side by side with the leading representatives of the Ticino area: a choral gesture of union and cooperation, as well as a good omen for doing more and better, in a perspective of sustainability, innovation and beauty.

The inauguration of cosmos 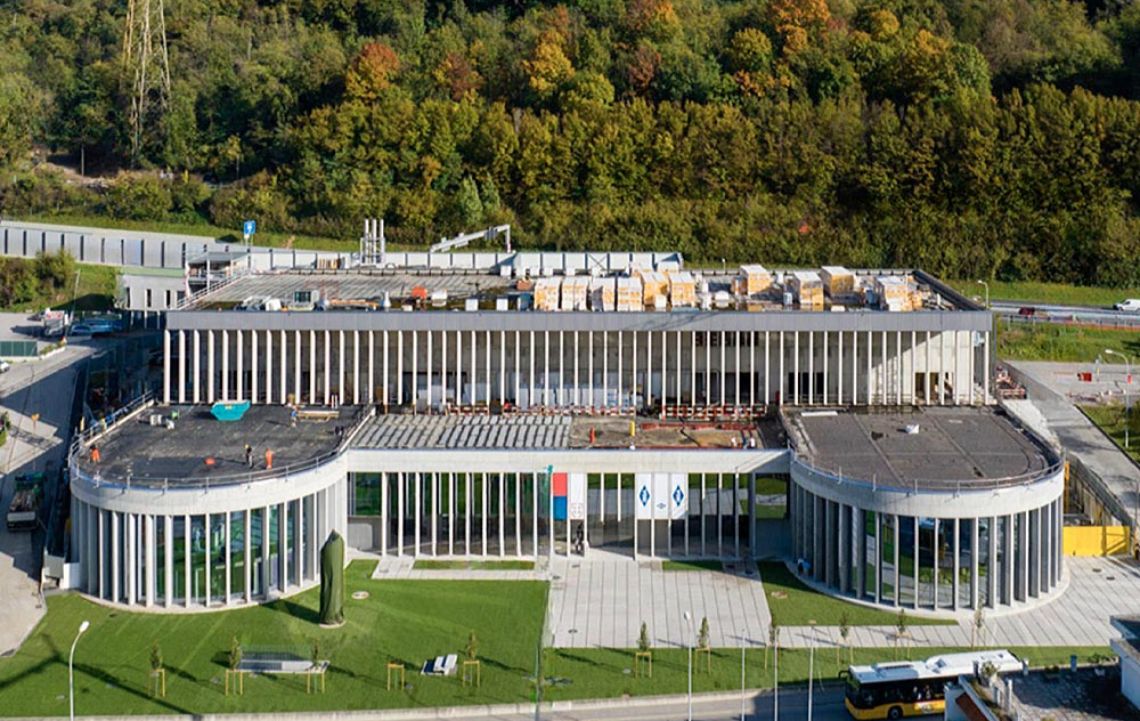 The cosmos plant in Lugano, Switzerland 1 of 17 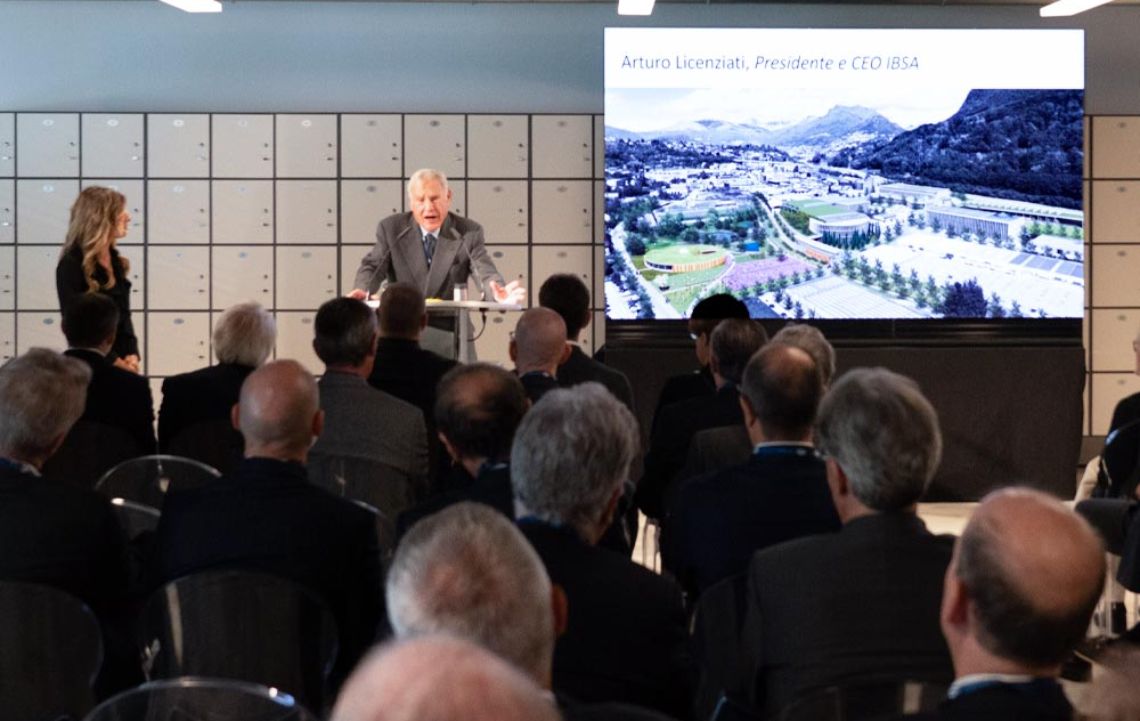 Arturo Licenziati, President and CEO of IBSA, at the inauguration of cosmos 2 of 17 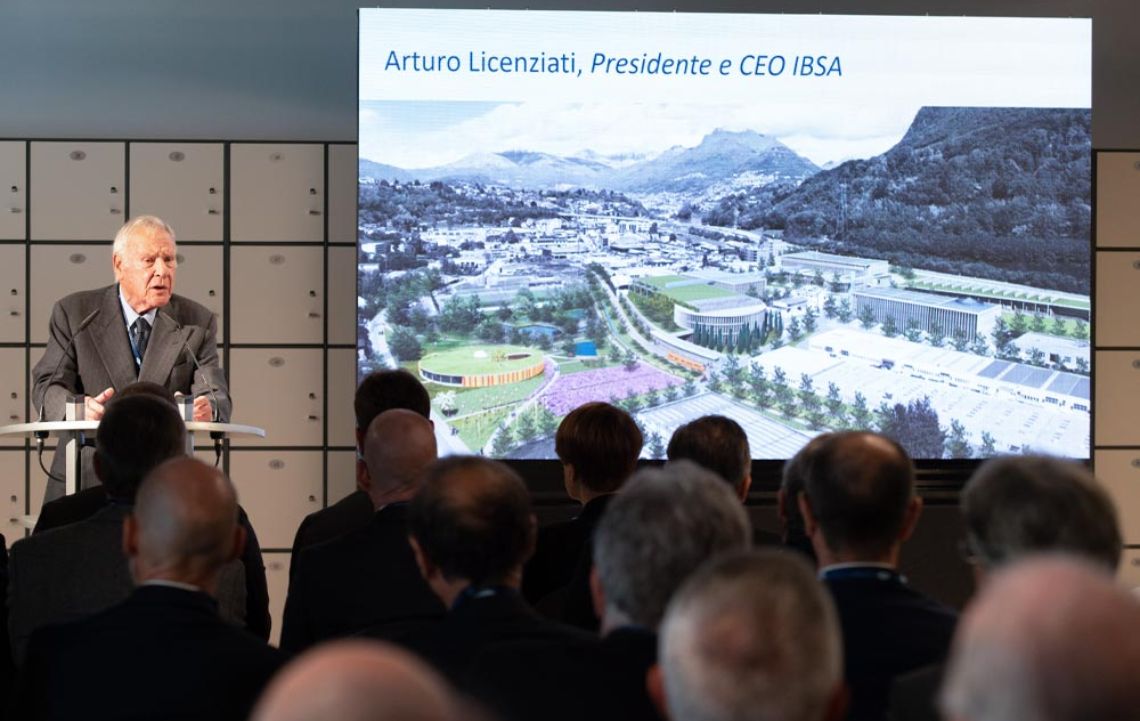 Arturo Licenziati, President and CEO of IBSA, at the inauguration of cosmos 3 of 17 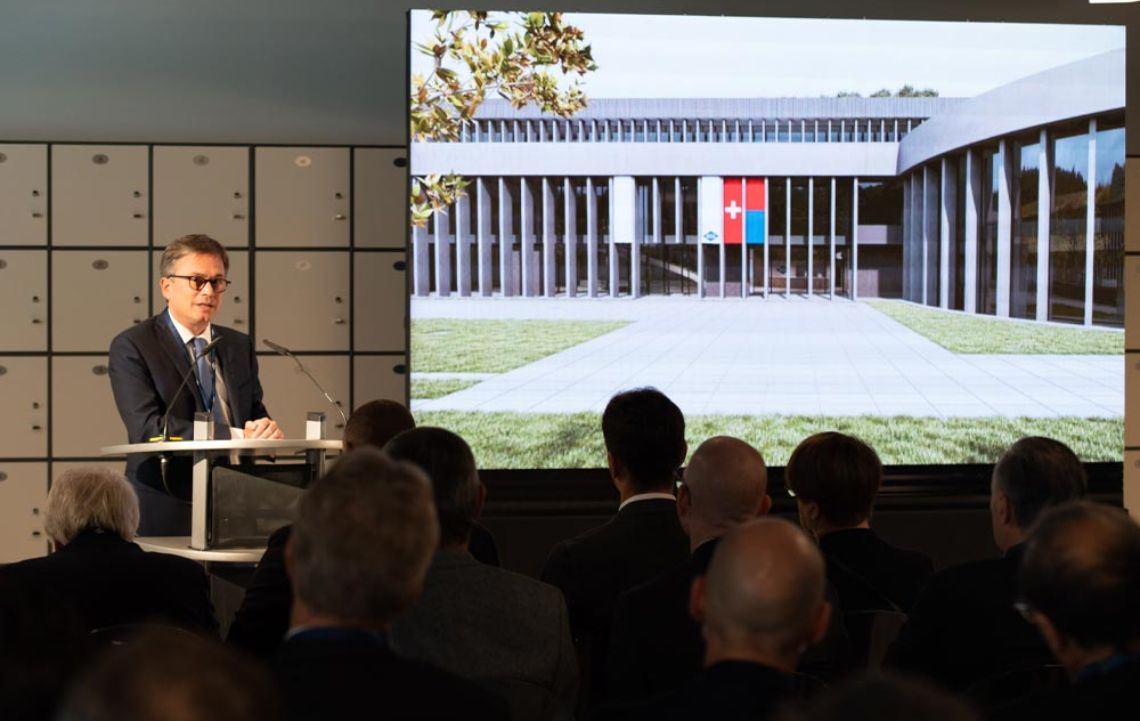 Christian Vitta, Director of the Department of Finance and Economy of the Canton Ticino 4 of 17 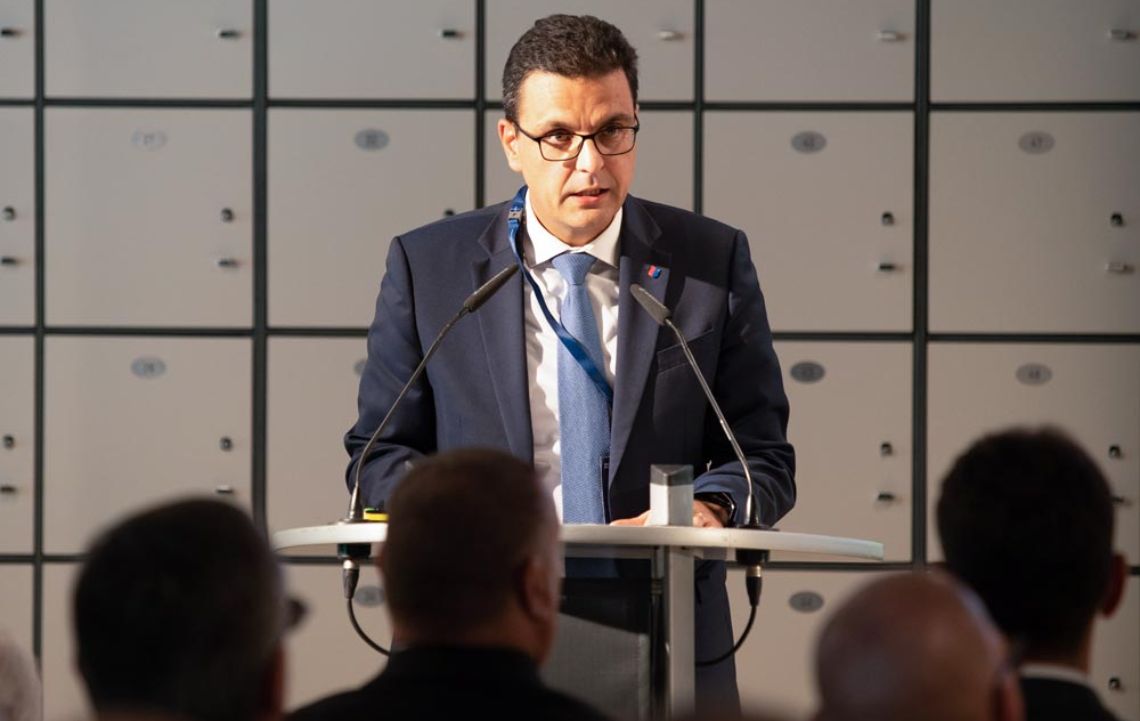 Paolo Bianchi, Director of the Public Health Division of the Canton Ticino 5 of 17 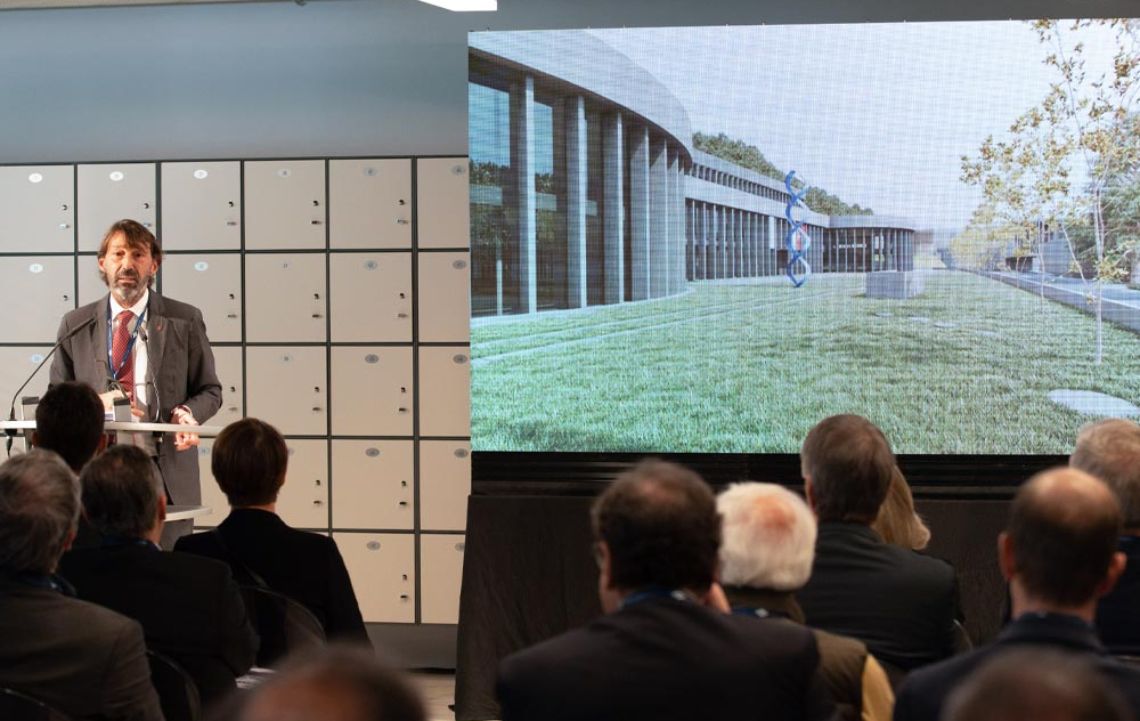 Michele Foletti, Mayor of Lugano 6 of 17 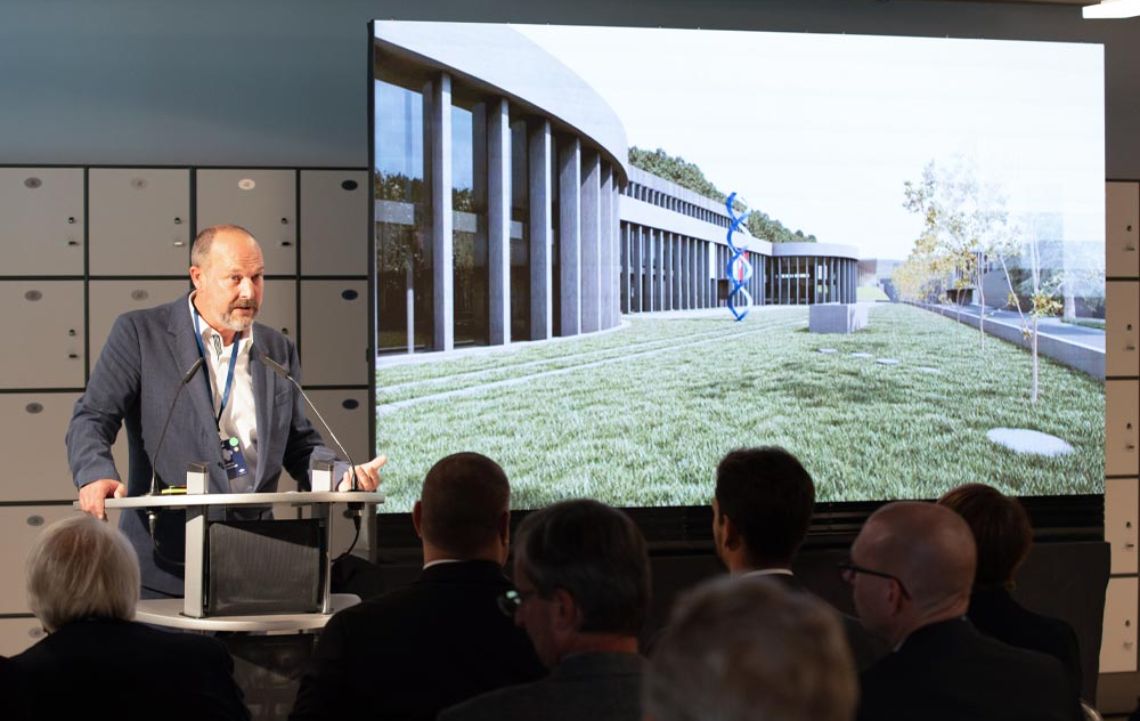 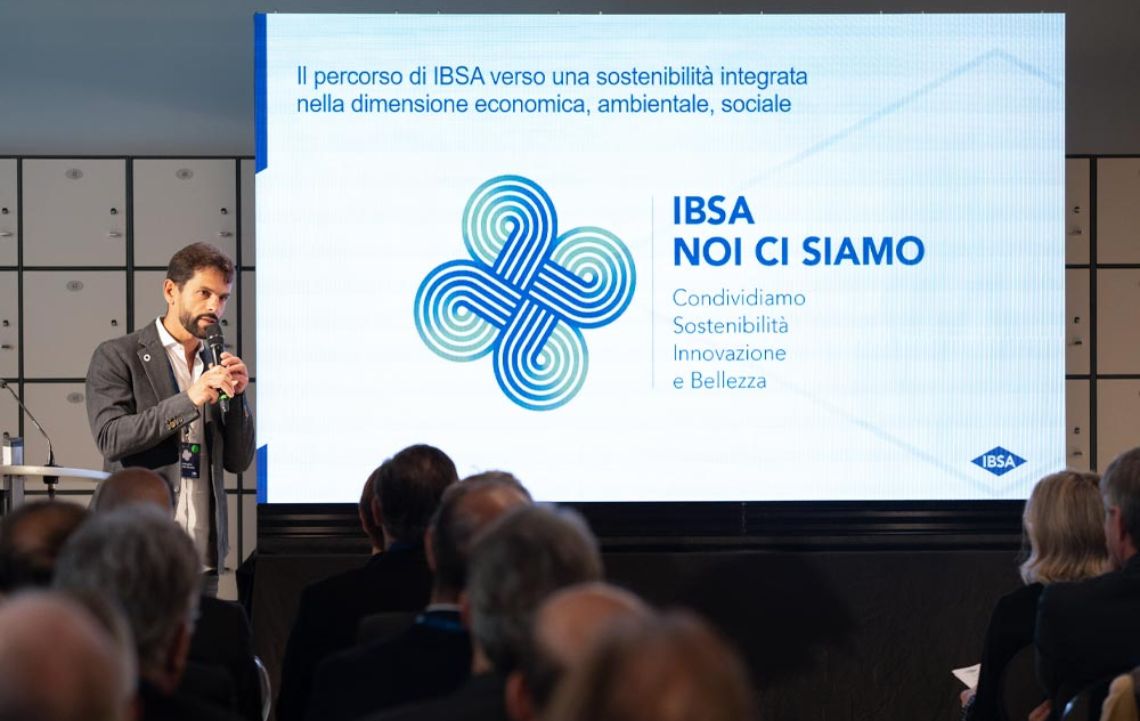 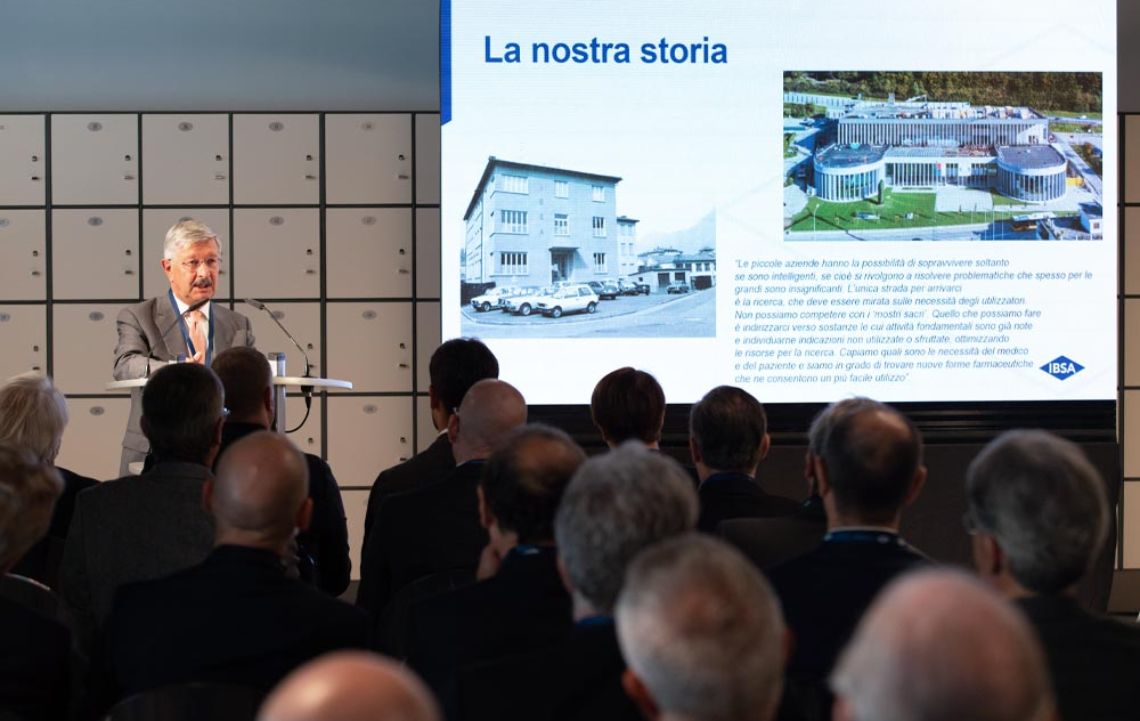 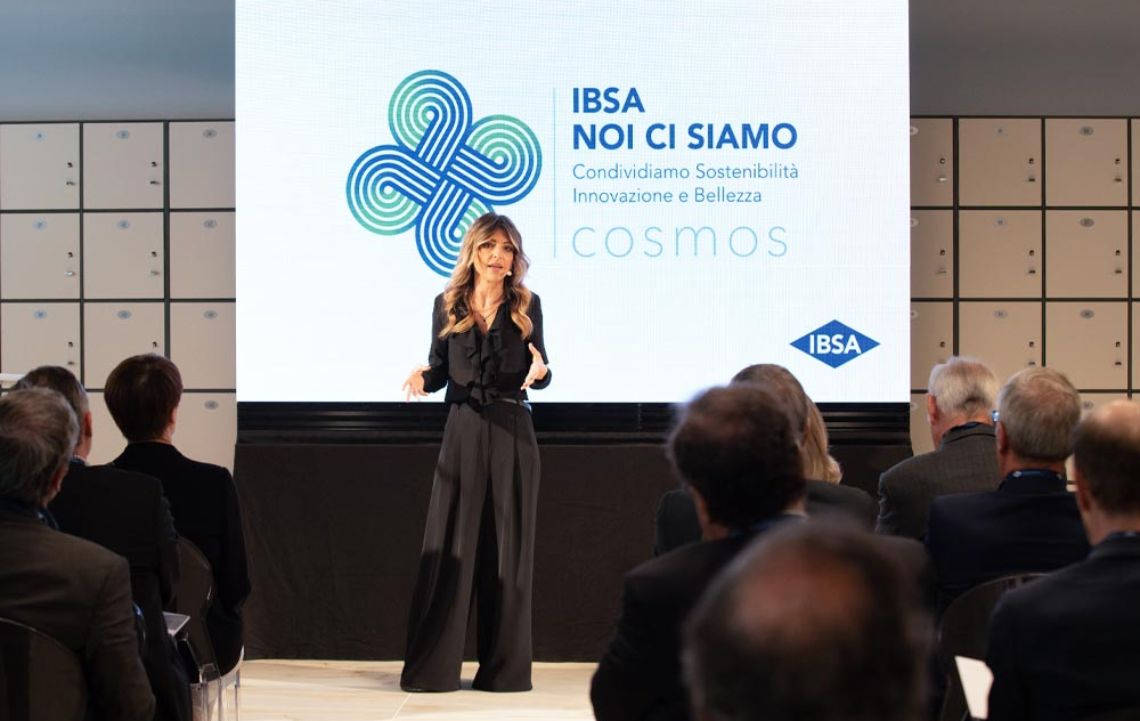 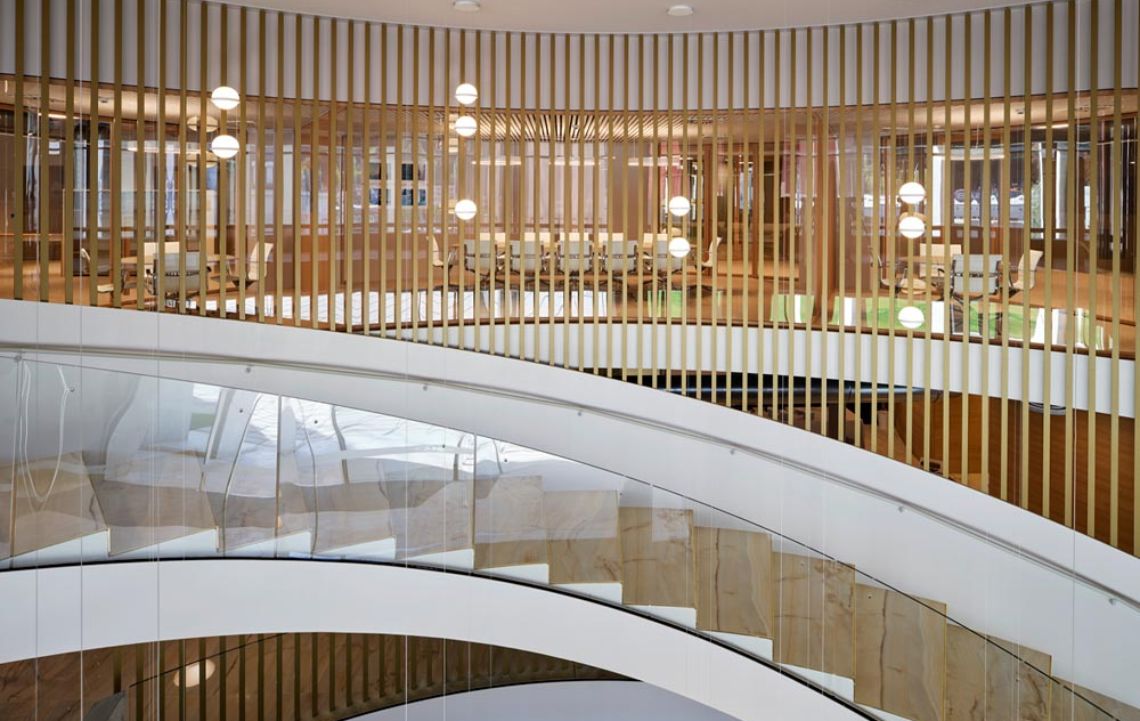 Interior design of the cosmos plant 11 of 17 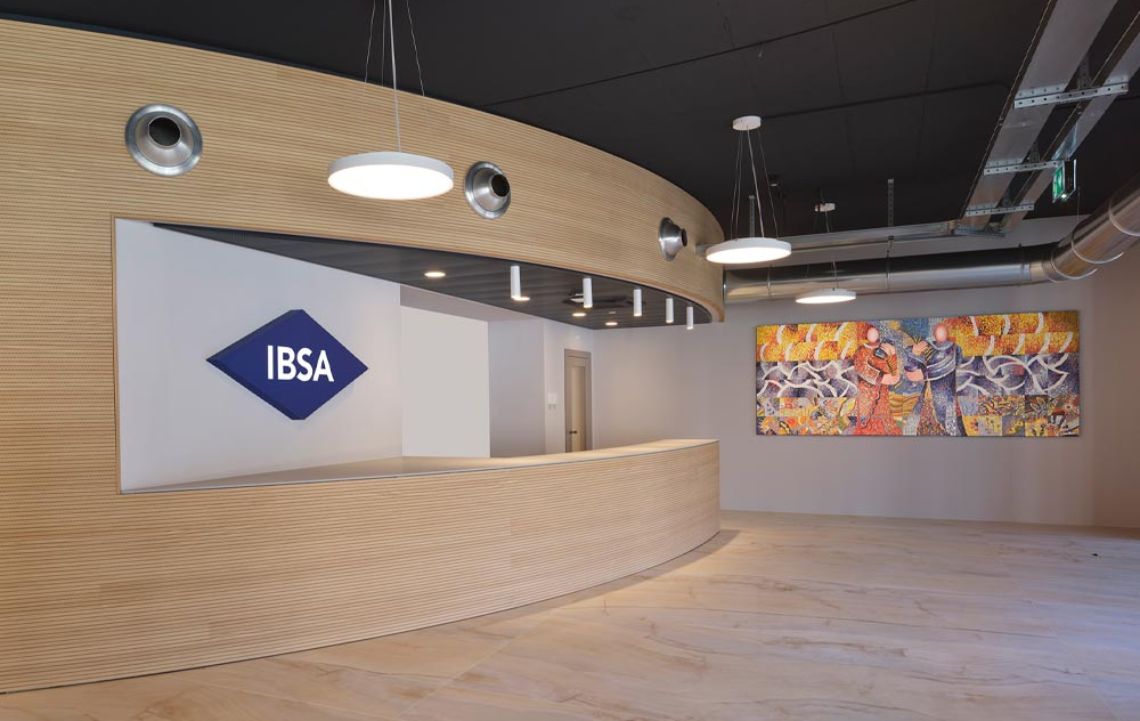 Interior design of the cosmos plant 12 of 17 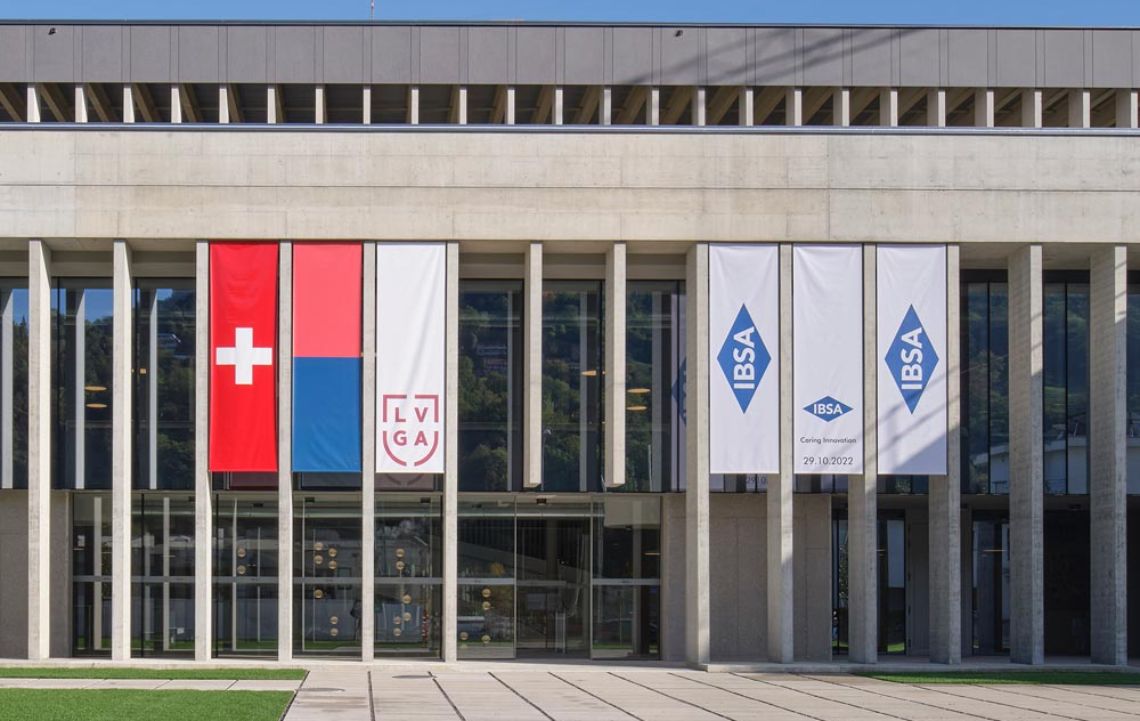 Entrance to the cosmos plant in Lugano 13 of 17 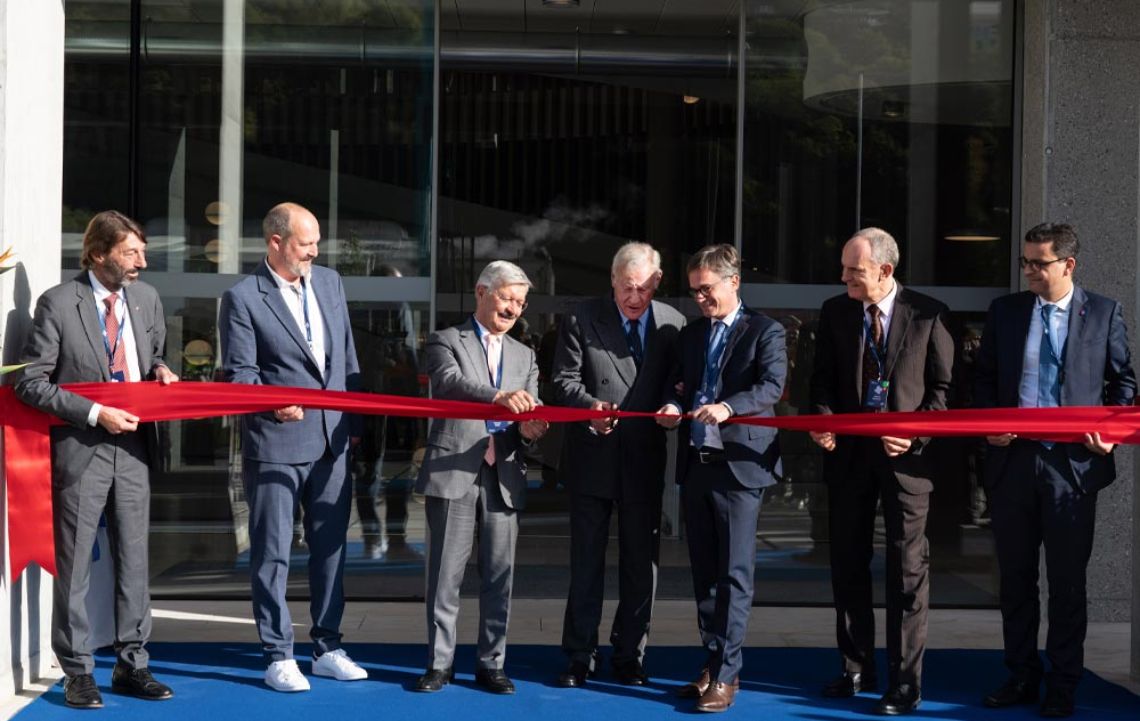 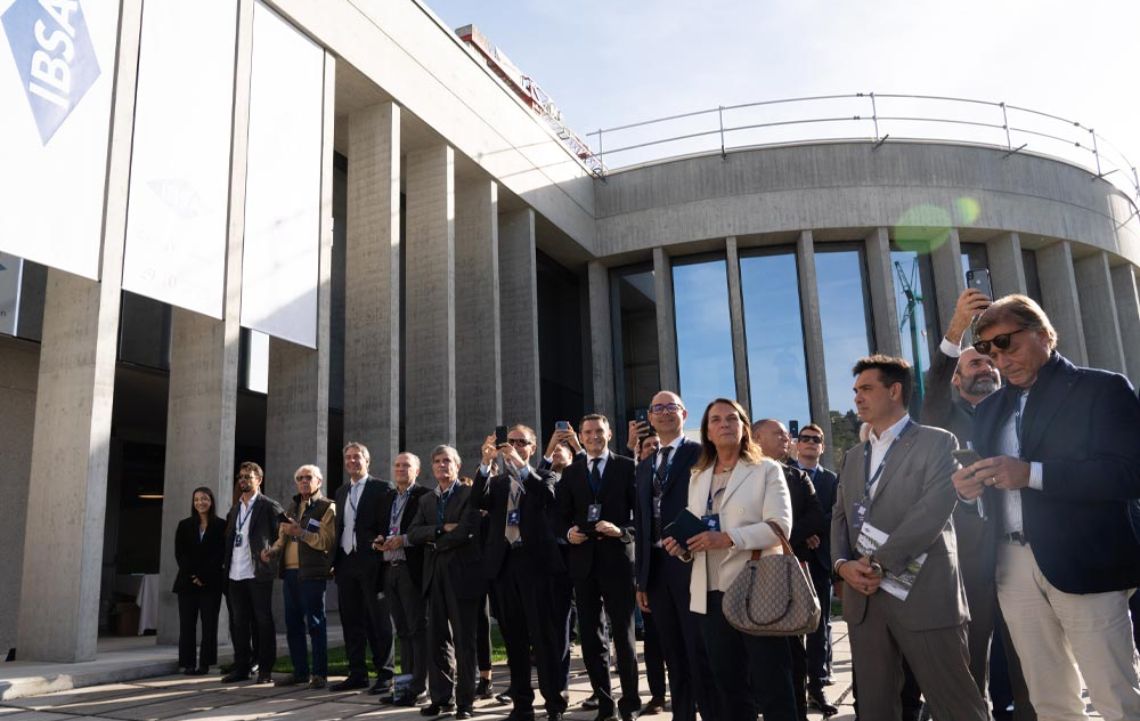 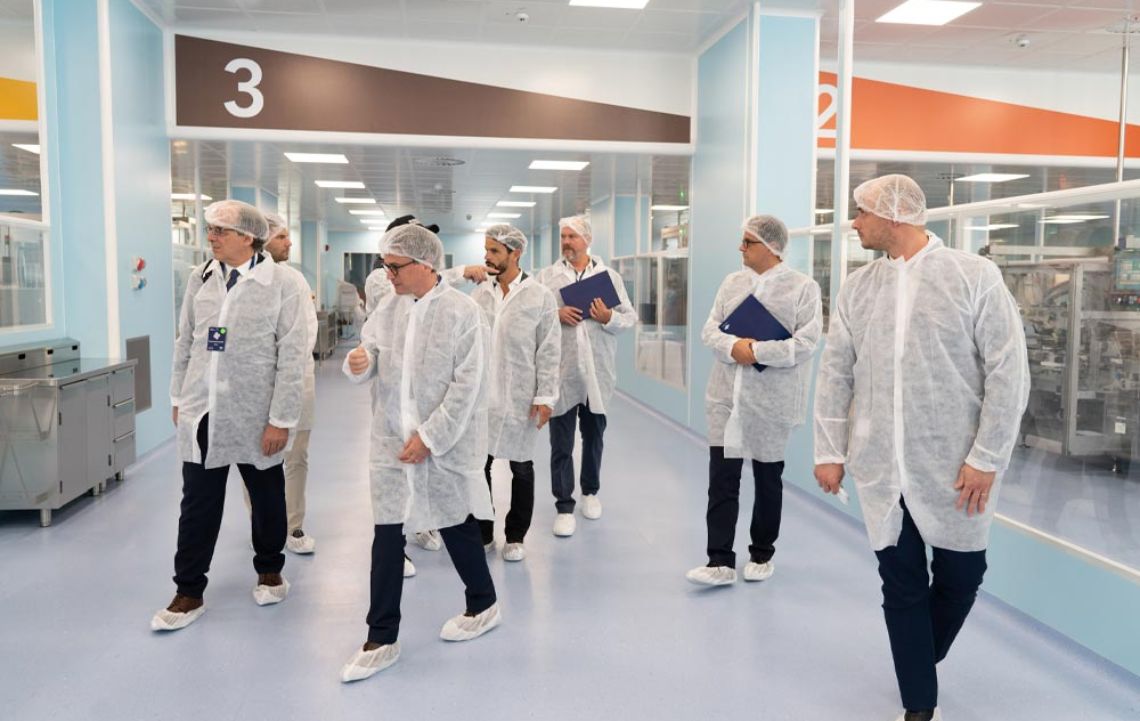 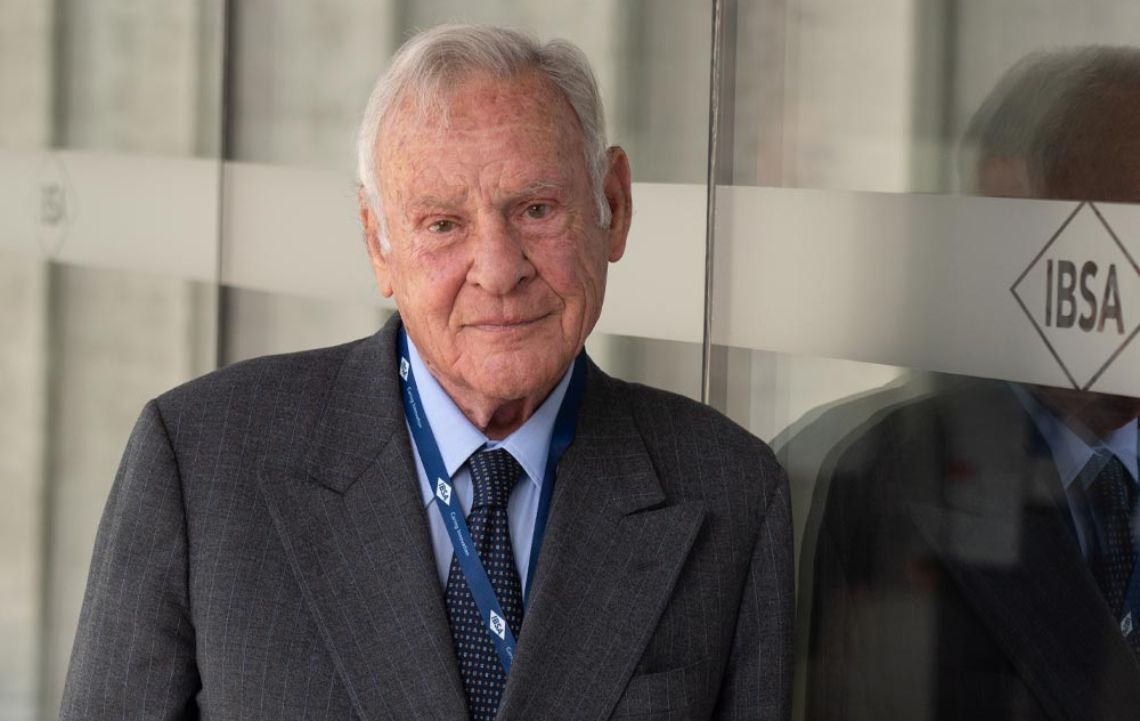 IBSA in Frankfurt for CPhI 2022, the reference European event for the pharmaceutical sector